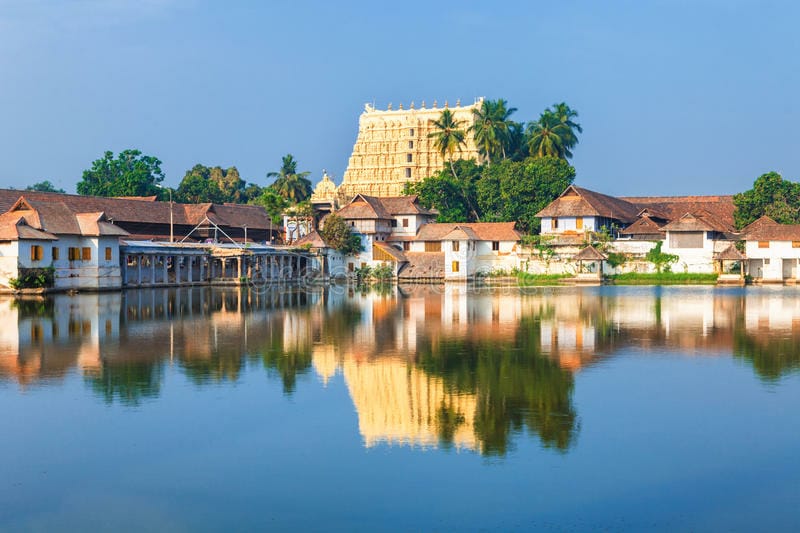 The Sree Padmanabha Swamy Temple Trust established five marriage halls (mandapams) by modifying the existing buildings or by constructing a new building for letting out to conduct Hindu religious functions like marriages, upanayanams, 60th birthday celebrations, etc. Only vegetarian food could be served to the guests. However, rituals related to death and social functions like general body meetings of the association, etc. are not permitted. The names of the mandapam are Sree Vaikundom mandapam, Ananthasayanam mandapam, Bhajanappura mandapam, Mahaleksmi mandapam and Sudarsan mandapam. Of these, the first three are situated near the South Nada of Sree Padmanabha Swamy Temple in a property known as the Valiyakottaram compound which is filled with palaces of the former Rulers of Travancore and other archaeologically important buildings. The other two mandapams are situated on the western side of Padmatheertam pond (at east nada of the Temple) in a property called Ramanamadam compound. The Ramanamadom building in this compound is also archaeologically important. Eastern direction is the most auspicious direction for conducting most of the Hindu religious functions and the stage of all the mandapams is lying in that direction. Each mandapam is in charge of an employee of the Trust designated as a caretaker. The caretaker will be available in the mandapam to assist in the smooth conduct of the function.